With growing demand for fast and casual dining encouraging the proliferation of new cafes, coffee shops, and other small restaurants, a new generation of restaurant owners are learning firsthand about odor issues. Small spaces make it easier for cooking and cleaning odors to float into the dining room and affect the opinions of your guests. Improving the air conditioning and overall ventilation of the kitchen can prevent these odor issues in four different ways, such as:

A properly sized commercial air conditioning system includes both a steady supply of cooled air and exhaust opportunities to remove heated air. This creates a steady and constant draft that prevents air mingling and backdrafting that sucks air from the kitchen into the dining area every time someone comes in the front door. Balancing the number of inlets and outlets for the cold air and removal of hot air ensures the draft is gentle enough not to interfere with the cooking processes taking place in the kitchen.

High-quality commercial air conditioning systems for hot areas like restaurant kitchens include makeup air handlers. These are fans that connect to the exterior of the building to bring in fresh air to make up for every cubic inch of air you're pumping out of the kitchen. Aside from exhaust ports installed to remove heat from cooler units, no commercial kitchen is complete without exhaust hoods. While these hoods carry out the offending odors, they also create too strong of a draft in some situations. Makeup air handlers both encourage odors to flow to the hoods and exhaust outlets and bring in fresh air free from any offending odors.

Advanced filtration units built into the commercial air conditioning equipment can trap smoke, oil particles, and the other common causes of restaurant odors while in the process of keeping the kitchen cool. This extra layer of protection against odor mingling is rarely enough to compensate for improper drafting and air pressure issues, but it does make a difference in a kitchen where a lot of spices or other strong smelling ingredients are in use.

Finally, there's a secondary benefit to keeping the kitchen cooler that can prevent both odor issues and product losses. A hot kitchen is more likely to cause spoilage issues even in ingredients stored in refrigerators and walk-in coolers, but anything sitting on the counter waiting for prep can go bad in a matter of minutes in an overheated space. Air conditioning prevents spoilage to control some of the worst odors encountered in a restaurant setting. 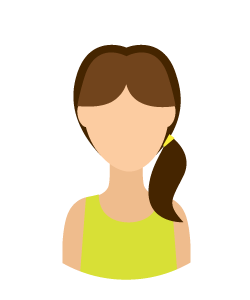 When I purchased my first home, I loved it. However, I was soon eager to move on to find a new home that would have an additional bedroom that my aging parents could live in. Once I glanced at the local houses for sale, I quickly realized that there was not one that would fit our needs at a price I could afford. I decided to speak with a local contractor to see if adding an addition to my existing home was possible and if it would fit into my relatively small budget. I was greatly surprised to find out that I could afford the addition and, eventually, my parents were able to move in with me. I learned so much about home remodeling projects during this experience that I am eager to share my advice with others who could use it on my new blog!

When floods strike, they bring more than just a he …

Building your own home comes with irresistible exc …

Sometimes, you might think that all is done after …

Having Concrete Pathways Paved On Your Property
27 October 2022

The installation of walking paths throughout your …

Is a local contractor showing up at your property …